IS THIS YOUR STORY?

The early 2000s were watershed years for Malachi and Aria. Malachi had moved to Alabama to take a new job. Aria was finishing her CNA program and feeling insecure about her future with Malachi. She felt him slipping away and growing beyond her. In January of 2002, she realized that her period was late. Not just a little late, but significantly late. She went to the closest open store, bought a pregnancy test, returned home, locked herself in the bathroom, and braced herself for the results. 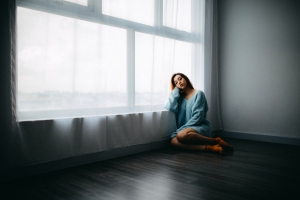 It turned out that no bracing was required because a second line appeared IMMEDIATELY. Pregnant! To this day, it is hard for her to find the words for what she was feeling. Ashamed, embarrassed, scared, unprepared, terrified. But that would just be scratching the surface. How would she tell her parents? How would she tell Malachi? How could she tell anyone? Surely it had to be a mistake.

She reasoned that she should go somewhere “legitimate” to have an “official pregnancy test.” The embarrassment she felt walking through the doors of the pregnancy center must have been palpable. For the second time in one day, she took a pregnancy test. For the second time in one day, it was revealed that she was pregnant. You know that saying about lightning not striking twice? It’s a lie. It can, and it did.

Back in the safety of her car, the floodgates opened. The tears she had managed to keep at bay ran freely down her face, her body racked with sobs. And there it was. She was pregnant. In word, she was pro-choice. But in her heart, she knew that abortion was against everything she truly believed in. The local Planned Parenthood was just a few blocks from where she lived, and every day she passed it not wanting to walk through their doors. Yet, here she was set to join their ranks. It seemed like the only solution. No one would ever know. It would be her secret. It would simply make all of this go away. She had never, ever, felt so alone or so scared. And she knew then what it must feel like to be drowning…truly, wholly, and utterly alone and unable to save herself.

Does this story sound like yours? Maybe you wish you had another story. 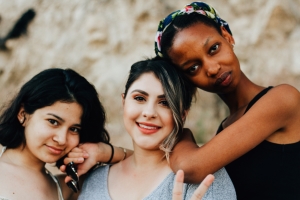 Author, C. S. Lewis once wrote, “You can’t go back and change the beginning, but you can start where you are and change the ending.” This is true for you, too.  If you had an abortion and need help sorting out the emotions you feel regarding the choice you made, YOU ARE NOT ALONE.

After an abortion, a woman may have both positive and negative feelings, even at the same time. A woman may feel both relief and regret over the fact that the abortion is over and that she is no longer pregnant. Another woman may feel sad that she was in a position where all of her choices were hard ones. She may feel sad about ending the pregnancy.  And the sadness may be compounded by sense of emptiness or guilt. She may be wondering whether or not her decision to have an abortion was the right one. Some women who describe these feelings find they go away with time while others find them more difficult to overcome.

If you are struggling with emotional side effects of having had an abortion, Obria Medical Clinics near Snellville, GA offers a safe space to join a support group for those who have experienced abortion. You will begin to heal and exchange the weight of your grief for the lightness of grace. You aren’t alone. Abortion recovery is possible. If you are interested in joining one of our upcoming abortion support groups, click this link:  https://form.jotform.com/obriag/exchange.  Or, call or text 770-338-1680